ONE DOOR DOWN (or Rey Torres Where Art Thou?) 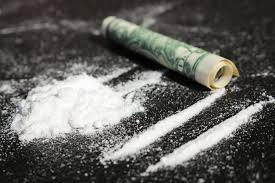 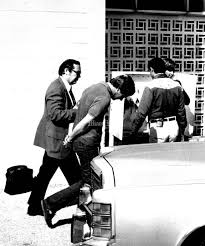 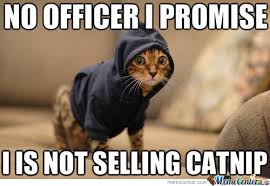 How do you share your faith with your drug dealing neighbor?  Very carefully.  Continuing in our commuter marriage for a bit longer, me and two of our kids were living in Endicott, NY (home of Big Blue-IBM) as I worked for the utility company in a great paying position.   Endicott and Binghamton are kind of post-industrial cities. Many jobs were lost when shoe company Endicott Johnson left.  Like many cities, Endicott struggled over the years as evidenced by the ghost-town like Washington Avenue with its many languishing empty storefronts and tumbleweed-like paper debris blowing around.   Here is a picture of Endicott in better times 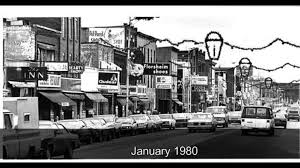 Scaling down expenses, we moved to a smaller apt. in a little 2-building complex on Oak Hill Ave.  Talking to a neighbor I learned that a cocaine drug dealer lived in the building next door. We often saw people coming and going to his apartment. Rey Torres was a small-framed but muscular young hispanic man who lived with a girlfriend.  He wore a cap cocked to one side and drove an expensive car.  Once we crossed paths on the sidewalk.  He was heading in with some friends holding a few pizza boxes.  He had a spring in his step and when we passed each other he smiled and said “We’re having a pizza party because my mom is visiting”. His childlike demeanor really touched me – a mother-loving drug dealer.  I concluded he couldn’t be all bad.

I wanted to share my faith with him so he might repent but was unsure how.  Many were the times on some evenings I stood beneath his apartment window, looked up at it with one arm raised heavenward, and prayed for his eternal soul.  I  used to keep paperback new testaments around and gave them away to people as the spririt led. Once I picked up a young married man hitchhiker and he spilled some of his issues to me, especially about his failing marriage.  Pulling over later to let him out, I gave him the New Testament to read, telling him God loves marriages including his and wants restoration and healing for him.  He smiled, got out and started leafing through it as he walked away. I wanted to bring Reynaldo a New Testament but I punked out.  I thought perhaps he would take offense, get mad, curse me, throw it at me, kick me out, so those fears restrained me. This response is what the Bible calls “the fear of man”….fearing negative reactions from others that paralyzes our intentions.    It can be very hard to overcome this fear.  Reminds me of a popular saying “The trouble with Christians today is no one wants to kill them anymore” (for the message they bear).

In the spring of ’98 the word on the street reached me that soon there would be a city-wide drug bust that included Rey (Operation Golden Road).  The day came and the bust went down all over Binghamton and Endicott.  I walked out into a sun-rich spring morning to go to work and police were everywhere.  The trunk of Rey’s car was open and they were fishing around in it.

Later I learned he was out on bail.  It was now or never I thought regarding the New Testament.  I worked up my courage and went to his apartment one evening to see him but only his girlfriend Melissa was there.  No hoochie mama that girl – more like the girl next door. She was a pretty young woman with long chestnut hair and blue eyes. I told her I brought this book for Rey and to please give it to him.  She agreed. I wrote a note to him on the inside cover that went something like this:  Dear Reynaldo…..I so wanted to bring this New Testament to you but feared your reaction.  Please  forgive me for being such a gutless wonder.  I wanted you to read it and be reminded of the things you learned at your mother’s knee as a little boy.  Can’t remember the rest..probably said I would pray for him, etc.

Rey went to jail and a friend who worked there told me he had to tell Rey about his mother’s passing back in Puerto Rico.  I remembered the happy day of the pizza party and thought this news had to hit him hard.  My friend confirmed that it did.  Was all this God’s plan and timing after all?….my initial cowardice? ….giving him the NT after the bust went down?, his being brought low first by the incarceration and later by his mother’s death?  Only God knows.  I don’t know where Rey is now or if he ever came to faith but will look for him in the life to come.  By faith I believe I will find him in that good place.