A TALE FROM DYSTOPIA (a community or society that is in some important way undesirable or frightening. It is literally translated as “not-good place”, an antonym of utopia) 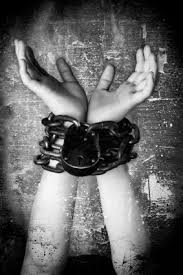 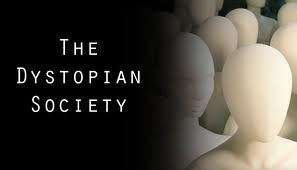 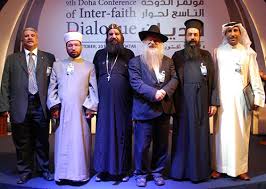 Pitchers of warm sunlight poured down from the heavens into this mid-July day 2022 in North Dakota. The winter had dragged on forever but finally left this bleak backwater outside Minot.  Svetlana Roshenko placed her hand over her brow to cut the glare and peered at the barren yard through the window bars in her prison cell. Prisoners in bright orange jumpsuits milled about, chatting, kicking the dirt around here and there. Two large blonde women with cigarettes dangling from their lips, got into each others’ face over something. A puny-framed guard stepped in between them. His head reached the level of their ample bosoms and looked like it might get wedged in the chasms of their collective cleavage. For a moment Svetlana imagined him doing a little “motorboatin’ “ in there and chuckled. Despite his size, the women respected his authority as he ordered each to opposite sides of the yard. Just another day in Paradise you could say.

“Psst……Hey Svetsie! Got a smoke?” Svetlana pressed her face into the bars and peered out at each side. “Yasmeen is that you?” Svetlana asked. Yasmeen popped into Svetlana’s field of vision. A petite, mocha-skinned young woman of 23, she had long, dark wavy hair that framed her soft, angelic face. Svetlana reminded her “You know I don’t smoke, and neither should you….you know your faith frowns on it”. “May allah help me….I want to stop but the stress here makes it so hard” Yasmeen explained. Yasmeen was one of three children to her Iranian parents, both physicians. They emigrated to America in 1999 because there was less pressure here to “hate your enemies”. Yasmeen and Svetlana came to Paradise prison in 2021. Both were convicted of breaking the law that forbids speaking about God to others. It declared there is NO God and sharing such beliefs caused many to feel negative emotions, e.g. fear, remorse, worry, stress, guilt, etc. Yasmeen was picked up on a Chicago street corner for sharing her faith with some bystanders. Other prisoners had criticized leaders, grew their own food, and used alternative medicine. You know, society’s undesirables. . Svetlana was born in 1993 in Florida where her devout Christian family settled after immigrating from the former soviet union. Svetlana turned from the window and reached under her cot mattress for a very small pocket Bible smuggled into the prison. The inmates change their own linens so she felt safe keeping it there. After reading the prophecy about those jailed for their faith she remembered the day of her trial.

Judge O’Leary had a pudgy face with jowls that swayed when he moved his head. Peering over the top of his eyeglasses he asked, “Miss Roshenko, knowing the law forbids speaking of God to others, why oh why would you do such a thing? You threw the next 4 years of your life away to talk about your precious Jesus! Was it worth it?” Svetlana fingered her long blonde hair for a minute before she answered. She recalled the day of her arrest that day at Flagler Beach. Perched on a picnic table bench overlooking the ocean, she saw a slender middle-aged woman who was crying. Svetlana tried to comfort her and gently shared her faith. Svetlana’s words were like a healing balm to Sad Lady and she thanked Svetlana for her message. A local informer went unnoticed as they chatted on. He was a lanky stretch of seersucker suit topped with a straw fedora and shades. He flipped open a phone, turned aside and called the police. Soon an officer quietly slithered up. He was all business as he stepped forward and asked her name which she told him. He announced, “Svetlana Roshenko you are under arrest in violation of the anti-God laws of this land”. Miranda rights, long extinct, he then cuffed and carted her off. As they moved towards the patrol car, she yelled back to her new found friend: “Don’t forget the things I told you…..Don’t be afraid of these goons…they can never steal your soul unless you let them. The officer snarled: “Shut up you raving lunatic!” as he roughly shoved her into the back seat.

“Miss Roshenko!” the judge cried out, his jowls quivering orgasmically, as her daydream shattered, “I asked you a question….Is Jesus worth all this trouble?” “Yes” she replied. “He is my Lord and Master. You will come to understand this one day Your Honor”. The judge’s face turned plum purple. The veins on his neck and forehead strained at the skin covering them, greatly alarming the bailiff. “Miss Roshenko, you dare to preach to ME??” “Yes your Honor” she said; “to you, and everyone”. Then she sealed her fate. Svetlana rose from her chair, her blue eyes like fiery ice, and boldly gave a gospel message to everyone in that courtroom, “ENOUGH OF HER! TAKE HER AWAY” the judge screamed, mopping perspiration from his face with a damp handkerchief. Many spectators in the gallery tried to suppress ripening tears that formed at the corners of their eyes, worried someone might see them. Svetlana beheld their stoic faces and knew they hoped the tears would quickly evaporate. They feared being sympathetic to criminals like her might actually draw suspicion and trouble to themselves. They were so right.

Back to 2022 now.  In the mess hall that evening she sidled up to Yasmeen. “’Sup ? she asked. Staring into her unappetizing plate of food Yasmeen said “Svetsie, I just can’t take it here any more. I am almost ready to tell the authorities that I have renounced allah so I can get out of here.” Svetlana was stunned. “Really? Well you know they will give you a lie detector test to insure you have abandoned your long-cherished beliefs. Do you think you can trick the machine?” “Unsure Svetsie, but I have to try.” Many times Svetlana shared her faith with Yasmeen but she was as unmovable as the Rock of Gibraltar. Yasmeen could never embrace what she considered pagan Christianity with its trinitarian doctrine, and other tenets that offended Islam. Svetlana cared very much for Yasmeen and respected the depth of her convictions. After all, she had some pretty deep convictions of her own. They had a mutual admiration for each other and were close friends. Many times they stood side by side in the prison yard praying for each other in the name of their respective “Gods”. A few weeks later Svetlana found Yasmeen in the prison yard sitting in a corner, head in hands, crying. Yasmeen, what’s wrong”. “Oh Svetsie, I failed the lie detector test and they put me in solitary for several days for lying. Now I will never get out of here unless I make a break for it.” “Oh no Yasmeen, please don’t try that. There are tales that those who try to break out are caught and beaten. Can you imagine it? Just for believing in God? They think of us as some kind of cancer out to infect society…..and society must be protected from us at all costs, even the cost of our well-being.” “I’ve heard that too Svetsie, but I’d rather be beaten than live like this another day. You won’t tell on me will you?” “Of course not, but I will pray you change your mind.” Svetlana paused and wondered if she too might reach a breaking point someday. She was certain she would never renounce her faith but attempting a prison break, that was something else. She decided to not worry about it for now as she had her work cut out for her. She was sharing her faith with the other women prisoners in the mess hall, prison yard, prison library and many were coming to faith. There were still hundreds in the prison who were unreached or unwilling to embrace Jesus at this point. She prayed for these people daily and tried to be a blessing to them however she could. The grand plan was to win all to Jesus, including the guards and the warden. For now, however, it was still a dream. Her dreams and God’s dreams were one and the same and this truth brought her great comfort.   She knew this nightmare would end, and was hoping it would be  very soon