The Teshuvah Trilogy – Part I – Ship of Fools 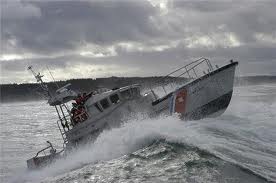 Teshuvah – The root word is the Hebrew “shoov” which means to return. It combines both aspects of forgiveness: turning from evil and turning toward good.

<I love to reread this dream I wrote into a memory book. It occurred sometime in the 1980's. Because I committed my heart and life to Yeshua in June 1981, and am unsure of the exact date of the dream, I concluded this dream served either as an invitation into or an affirmation of that special spiritual relationship. I titled this dream "Ship of Fools"

I am standing on a pier at the shore of either an ocean, sea, large lake or gulf. It is raining. I look to the distance where a terrible storm is raging. The sky is almost ink black. From the distance a life boat-type vessel appears and draws near to the pier. There are about a dozen or so people wearing yellow rain slickers. I sense they want to talk to me. As the waves roll in, they lift the boat to my level as I stand on the pier….when the wave recedes, the boat drops lower.

I ask them where they are going? One of them points toward the heart of that inky black storm. They invite me to join them. I look out at the horrific storm and then into their perfectly calm faces. Their spunk and lack of fear amazes me and somehow causes my fears to decrease. I agree to go and on the next incoming wave, as the boat rises up toward the pier, I get in and we head out. The rain falls harder and in sheets; the waves pitch the boat high up onto a wave, over the top and down the other side. I am wearing my slicker and we are all standing in the boat, shoulder to shoulder….like one person. Whichever way the waves heave the boat, we lean the other way as a counterbalance. We are focused and fearless. STOP SCENE!

Now I am in a canoe very close to the shore on water as still and clear as glass. There are 2-3 others with me. The sun is low on the horizon (either sunrise or sunset). I lead my companions in a prayer of thanksgiving.

My interpretation: The boat of people are believers in Yahweh (G-d). They invite me to become one of them and face the perils the storm (the world) will assault us with. As one body, united in faith and purpose, we prevail and enter a safe harbor (the kingdom of Yahweh). Years later I stumbled upon a psalm that told a similar story. It is Psalm 107: 23-32

"They that go down to the sea in ships, that do business in great waters..these see the works of the Lord and his wonders in the deep. For he commands and raises the stormy wind, which lifteth up the waves thereof. They mount up to the heaven, they go down again to the depths…their soul is melted because of trouble. They reel to and fro and stagger like a drunken man, and are at their wits end. Then they cry unto the Lord in their trouble and he bringeth them out of their distresses. He maketh the storm a calm, so that the waves thereof are still. Then are they glad because they be quiet; so he bringeth them unto their desired haven.
Oh that men would praise the Lord for his goodness, and for His wonderful works to the children of men! Let them exalt him also in the congregation of the people and praise him in the assembly of the elders." …..Amen